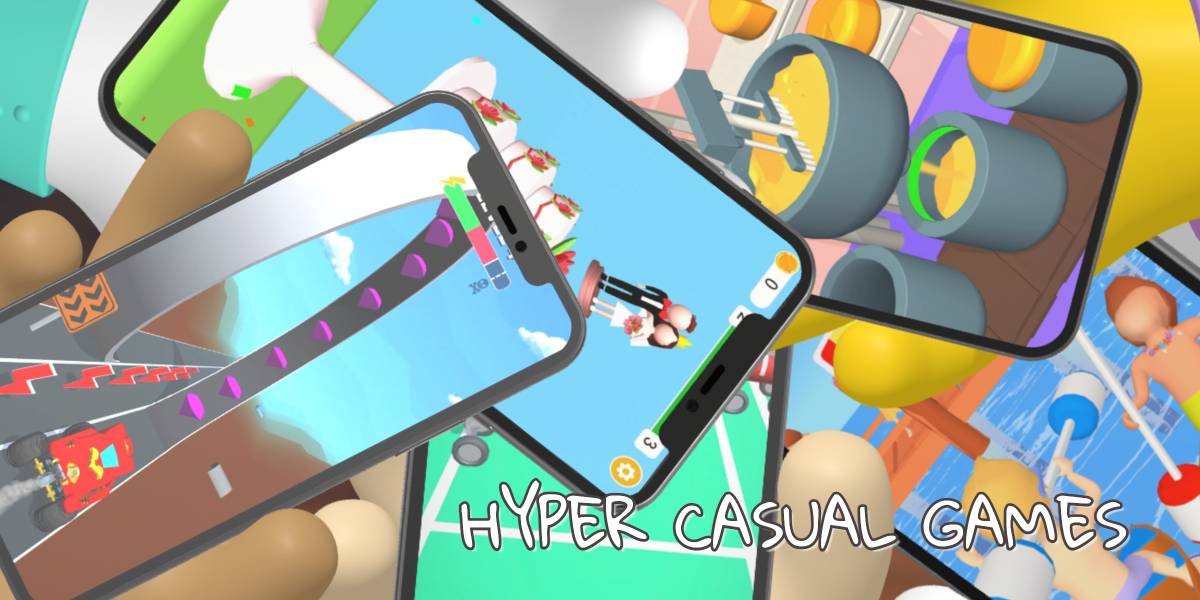 Hypercasual games “THE NEW KID ON THE BLOCK”

Hypercasual games are a new genre of video games that emphasize simplicity and accessibility. They are designed to be played in short bursts, making them perfect for mobile devices. These games were designed to fill the gap between the casual and hardcore gaming market.

With the advent of the internet and mobile devices, the gaming world has changed a lot. Mobile games are now more popular than they have ever been, and they have become easier to access. Not only can you play a game whenever you like, but you can also play the newest games for free. A Lot of them!

Mobile games are evolving. Some games are considered more advanced than others, and some are starting to include micro-transactions in their features, like in-app purchases. And some of them are all the rage at the moment, as the Hyper Casual Games.

These days Hyper casual is one of the most discussed genres in mobile gaming. Since Flappy Bird went viral in 2014, it has taken an unprecedented upswing and remains the leading category in downloads.

The market for HyperCasual Games has exploded on mobile devices in recent years. According to the Sensor Towers Mobile Game Taxonomy Report, there has been significant growth on the mobile platform in recent years. Hypercasual Games led the mobile games industry in 2020, accounting for 31 percent of downloads

The hypercasual is undoubtedly a global phenomenon that has spread far beyond the markets in which it originated. Users opt for accessible entertainment experiences that they can enjoy in small bursts simultaneously as other activities and hypercasual games offer this lightweight on the go entertainment.

Hyper casual games are easy to play because players get to know their goals from the start, unlike other complex games. Hyper casual games have a wide audience because they have a low entry barrier. This allows non-players to make the game easy.

Advertising helps hyper-casual games generate a good amount of revenue, as most of the games are free to play.

Considering that the average user has over 100 apps on his or her phone, the competition is fierce in the hyper-casual sector. Publishers rely on keeping the content fresh by constantly publishing new titles. The lifespan of a hypercasual game is relatively short. Even with LTV, the long-term value of Hyper Casual Games for players is not very high.

The COVID-19 outbreak has enabled the gaming industry to record massive growth and increase user engagement. With millions of people getting upset about it, video games have gained popularity as a popular pastime. but sales forecasts are similar, in part due to the worsening economic outlook.