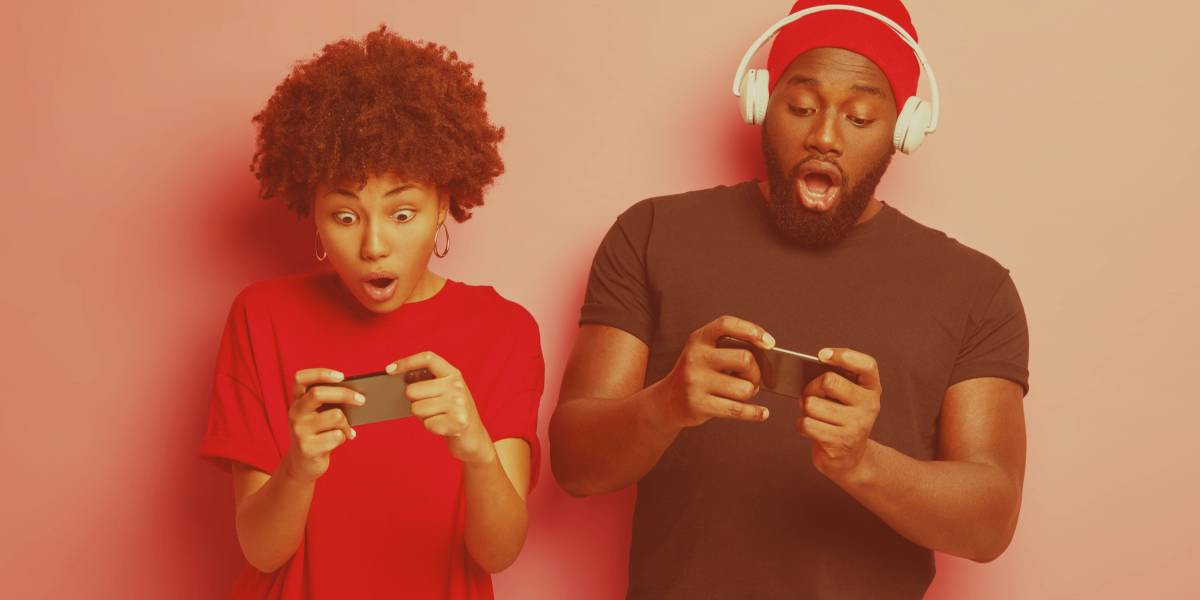 The rise of Hypercasual and how mobile video games have changed.

Video games have evolved over the years. Technology has changed, and so has the way that video games are made. Now more than ever, they are available on devices that sit in your pocket.

Game development is a creative endeavor. Many entrepreneurs have made their mark in the history of video games, starting small and becoming well-known. The development of games on smartphones and tablets has become more accessible as technology advances. Many mobile game developers became successful and have gone on to be part of big commercial game companies.
In developing countries, mobile games have multiplied because fewer people in these countries can afford to own a computer or a console than affordable mobile phone price ranges and, of course, the availability of free-to-play games available on the marketplace.
Mobile video games are the future of gaming; they have been a growing trend in recent years, and this is an excellent thing for the gaming industry.

Mobile games offer something unique to the gaming industry that is not present in consoles and PC video games. Mobile games are interactive and provide an immersive experience that can be accessed anywhere and anytime. You can get an idea of whether mobile gaming is as popular as it appears by looking at the countries where mobile phones are the most popular. Newzoo’s yearly reports, which serve as a reliable source for the best analytics and market research regarding games and esports, confirm this dominance.

Mobile games have changed the way video gamers play video games. In recent years, people can play games in bursts, rather than continuously for hours, the snackable game plays, as they are called nowadays.

The popularity of mobile games has changed the way people play games forever. Before the rise of mobile games, game sales were based on their complexity. Mobile games are now free, and people can play on the go, and Modern mobile devices are powerful enough to play games made for console systems.

Mobile gaming is where the action is, and numbers speak for themselves. Over the past few years, several video game studios have shifted their focus to mobile games. They have developed casual, hyper-casual, or mini-games that offer users a new experience whenever they have a few minutes to spare. The experience is unlike console or pc gaming, where players have to sit in particular locations in front of a big screen and play for hours. Instead, mobile games give people something to do before bed or while waiting for an appointment or traveling.

There are many benefits to playing mobile games, and one of them is that it helps build your skillset. If you want to learn new skills, mobile games are a great way to do this.

Many people use video games to provide them with a dopamine rush. The brain produces dopamine, a neurotransmitter that affects behavior. It is the chemical that makes you feel pleasure. A person’s level of dopamine is different depending on their needs. There is a scientific link between video games and dopamine. You can get fun and rewards by playing video games because they release dopamine in your brain.
Playing mobile games can help you focus and get your mind off everything that is going on. Spending some time playing a mobile game can be uplifting and enables you to get through complex day-to-day life.
As new trends keep emerging in mobile game development, an entirely new genre is being cultivated. This is known as ‘Hyper Casual Games’.
When players download a mobile game, they are typically looking for a fun adventure that they want to engage in with their friends or other players. The Hyper Casual Games focus on fun and engaging gameplay and give that promise.
The Hyper Casual Mobile Games is another type of mobile casual game that has become very popular recently. Hyper Casual Mobile Games can be played in short bursts. They provide a different way to play games.

In addition to its convenience and simplicity, hyper-casual gaming combines nostalgia and ease-of-use. Whether you’re a teenager or an elderly grandmother hanging out on the porch enjoying her tea, these games are designed to be simple enough that anybody can play them.

Playing hyper-casual games is a fantastic option because it means you are always entertained. If you play hyper-casual games, you never get bored.
It is an excellent way to unwind after a long day at work, a perfect way to relieve stress.
The rise of Hyper casual games, simple games designed to be played for short periods, has been threatening to take over the mobile gaming market.
As the video game industry grows, developers are trying to create new ways to attract more players. Hyper casual games are a great way to do that because they are so easy and fun.
The gaming industry is evolving. Newer games developers consider hypercasual, which means they are more addictive but less time-consuming and intense than traditional games. One of the reasons for this change is the rise of smartphone gaming.
Hypercasual games are focused on simplicity and quick fun.
Hypercasual games have been around for decades, but they have become a significant trend in recent years. These games focus on simplicity and quick fun, so they are so popular with mobile gamers.
This is the perfect time for these games, as many people are constantly connected to their phones.

The mobile Hyper casual game development market is a very cutthroat world. There are so many studios competing for games that it is difficult to succeed.

As a developer, you want your work to be successful. A game’s launch represents a significant milestone in the studio’s life after they have spent many weeks working on the game. Partnership with a publisher can increase the success of your game. Publishers can help you market your games and offer you insight on how to improve them. In a partnership model, developers should negotiate the best royalty rates of 25% to 40% and always ensure the control of their game IP.

Success is not an easy thing to find in today’s market. It is crucial to stand out from the rest by making a Hyper Causal game that appeals to the audience. Building a successful mobile game requires a lot of work, but if the hard work pays.

Check out our Hyper Casual Mobile Games on Appstore and GooglePlay.
Direct link >>>>

We use cookies on our website to give you the most relevant experience by remembering your preferences and repeat visits. By clicking “Accept”, you consent to the use of ALL the cookies.
Cookie settingsACCEPT
Manage consent

This website uses cookies to improve your experience while you navigate through the website. Out of these, the cookies that are categorized as necessary are stored on your browser as they are essential for the working of basic functionalities of the website. We also use third-party cookies that help us analyze and understand how you use this website. These cookies will be stored in your browser only with your consent. You also have the option to opt-out of these cookies. But opting out of some of these cookies may affect your browsing experience.
Necessary Always Enabled
Necessary cookies are absolutely essential for the website to function properly. These cookies ensure basic functionalities and security features of the website, anonymously.
Functional
Functional cookies help to perform certain functionalities like sharing the content of the website on social media platforms, collect feedbacks, and other third-party features.
Performance
Performance cookies are used to understand and analyze the key performance indexes of the website which helps in delivering a better user experience for the visitors.
Analytics
Analytical cookies are used to understand how visitors interact with the website. These cookies help provide information on metrics the number of visitors, bounce rate, traffic source, etc.
Advertisement
Advertisement cookies are used to provide visitors with relevant ads and marketing campaigns. These cookies track visitors across websites and collect information to provide customized ads.
Others
Other uncategorized cookies are those that are being analyzed and have not been classified into a category as yet.
SAVE & ACCEPT